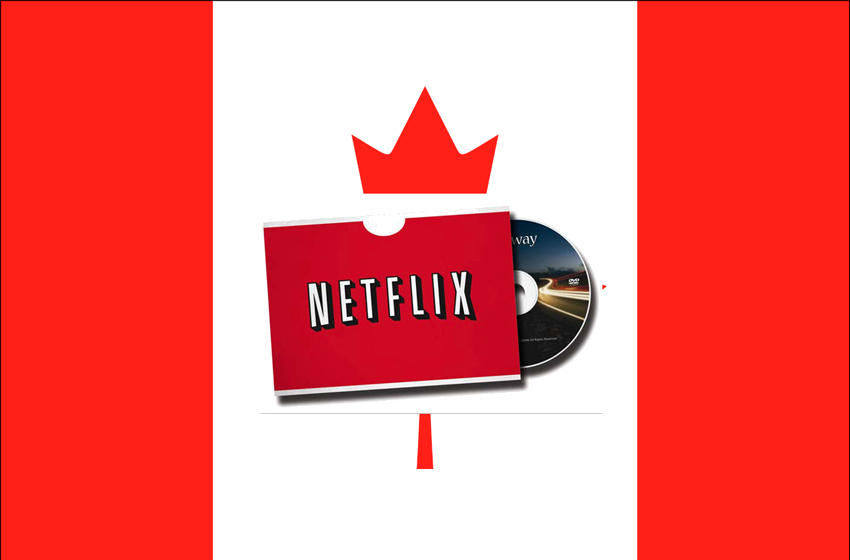 Top Movies and Shows You’ll Only Find on Netflix Canada

So you’re going to queue up Netflix, hoping to find one of your favorite comedies, maybe even a classic film you haven’t seen in a long time–and it isn’t in your database. If you’re in America, you might not have the capability to stream some favorites because they aren’t available in that specific region. Fortunately, Netflix has an easy solution for your viewing woes: a service called Unblock Us. For under five bucks a month, you can access every bit of content Netflix has to offer across its services by signing up here. If you’re wondering, the databases vary widely– so while there is a chance you might not find what you’re looking for, the odds are pretty darn good you will. Here are the best picks you’ll only find streaming in Canada.

Wedding Crashers (2005): Everyone has seen this movie. If you haven’t, there’s your first reason to sign up for Unblock Us. Quotable and hilarious, this star-studded comedy follows the antics of a bromance (Owen Wilson and Vince Vaughn) that tries to prey on single, beautiful women at weddings…that they weren’t invited to. Rachel McAdams, Bradley Cooper, Isla Fisher, Christopher Walken–the list goes on. Even Will Ferrell makes a memorable cameo appearance.

The Bourne Trilogy (2002-2007):  It doesn’t matter what Matt Damon does–he looks good while doing it.   These film adaptations based on Robert Ludlum’s series saw success at the box office, and the series was also praised for its realistic action scenes in comparison to computer-generated and animated effects rising in popularity for Hollywood filmmakers.

Bridesmaids (2011): Just hilarious. It’s really sort of sad that it isn’t streaming on Netflix in the U.S., but be happy you can access it at all.  Kristen Wiig and Mya Rudolph are best-friends on the verge of a breakdown, thanks to, well, a new best friend. Melissa McCarthy’s slapstick performance tops any other female’s in recent memory. A laugh-out-loud movie that can be enjoyed thoroughly by both women who’ve been bridesmaids and men alike.

Pirates of the Caribbean: Dead Man’s Chest (2006): The second installment of Disney’s favorite pirate movies is not a disappointment, and is one of the highest-grossing films of all-time at number 11. Johnny Depp is just as conniving and charismatic as Captain Jack Sparrow as he was in the first, and the support he gets from Orlando Bloom and Keira Knightley is impressive. Be sure to carve out a night for this live-animation record-setter though–its run time is a hefty 145 minutes.

127 Hours (2010):  Oscar-nominated films should be a priority for Netflix’s database availability, not to mention the actual winners. This Best Picture and Best Actor (James Franco) winner directed by Danny Boyle (Trainspotting, Slumdog Millionaire) is a biographical look at Aron Ralston, a journeyman who was trapped by a boulder in Blue John Canyon. Emotional and successfully engaging, considering the solitude of the film.

Titanic (1997): You know the movie. You know the actors and actresses, you know the storyline, you know the music, you remember that famous scene….yeah. Thank God this is on Netflix in Canada. If you really want to discuss what a guilty pleasure movie is, create a four-hour time slot on a weekend, watch this almost-too-long-but-somehow-perfect movie, and spend the last hour evacuating all tears in your system. Your heart will go on.

Braveheart (1995): Ever been to a game or competitive event of sorts and hear someone scream, “They may take our lives, but they’ll never take our freedom!”? No? Just me? This mid-nineties medieval war epic with Mel Gibson as William Wallace is bloody, battle-ridden, and based on the Scots’ fight for independence in the 13th century. It took home five Oscars, including Best Picture and Actor–and while it was available in the U.S. streaming database, it was taken down for reasons you can come to on your own if you’ve ever heard of Mel Gibson.  Oh, Canada, we send our praise to thee.