Netflix is here in Australia

But you only get a fraction of the TV Shows and Movies available.

Can't find the show or movie you want? Don't settle for less!

Watch Netflix via the US or UK Netflix versions now and enjoy the proper Netflix experience.

A Guide To Netflix Australia

Welcome to the unofficial Netflix Australia Guide. We’re a community with everything you need to know about Netflix Australia, including how to easily unlock access to the awesome movies and TV shows available with the USA and UK versions of Netflix. Just use the main nav at the top or browse the rest of the site to find everything Netflix Australia. 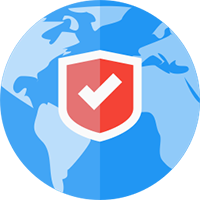 How To Unblock Netflix

Want to get acess to Netflix USA? How about Netflix UK? Canada? NZ? No worries – we’ve got you covered with our guides on how to unblock access to Netflix content around the world with your Australian Netflix account. 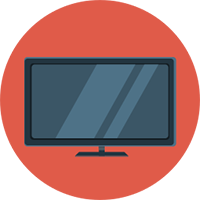 Netflix is built to work on hundreds of different devices. Check out our guides to set-up Apple TV, PlayStation, Xbox, Smart TVs, Android, iPhone and iPad. Netflix on every device in your house? Awesome. 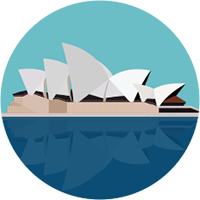 Stay update to date with everything in the world of Netflix with our blog. We post on movies, tv shows, news, new releases, how to guides and more so click above and get reading now.

Is Netflix Worth The Subscription?

Top Movies and Shows You’ll Only Find on Netflix Canada

About Netflix & This Site

Netflix arrived with a bang about eight years ago, and the subscriber base has been growing exponentially ever since. There are multiple reasons for its popularity, not just in Australia but all over the world. The ease of use is one of them, along with the low cost of subscription. Another is the ability to have a separate set of preferences from the rest of your family.

The most important reason, however, is the fact that all your favourite shows are available to you in their entirety. You can watch episodes back to back, without having to wait. In fact, when you reach the end of an episode, Netflix asks you its now-famous question, “Play Next Episode?” It is difficult to resist the lure of curiosity to find out what happens next. Read More

Is not the greatest – there’s only just over 1000 odd titles. But you can access the entire global catalogue of over 14,000 titles pretty easily, which more than makes up for it! Be that as it may, the Netflix Australia catalogue does have some cracking shows on it still.

There are a wide range of amazing TV shows that you can access in one way or another via Netflix. Series like Fargo, Breaking Bad, Orange Is The New Black, House of Cards, Sons Of Anarchy, Narcos – the list really does go on and on. Of course not all of these are on the Australian version, but they are still in the overall catalogue.

Good old Apple TV is probably the streaming media player of choice for Aussies. They’re sick for it. Absolutely sick for it. And that’s because it really is a tidy little device that gets the job done. The good news is that Netflix is supported so just check out our Apple TV guide for the full low down.

The biggest drawback of watching series in the past had been the fact that you had to wait for the next episode. This wait could be for a day or a week. In case of season breaks, this could even mean months of waiting. What Netflix has done is put together all the episodes of all the available seasons in one place for easier viewing.

Television series initially were never as ‘big’ as movies. These days, however, they have bigger budgets and end up making more than a lot of movies. Netflix and HBO in particular have invested heavily into their own series, some of which have become cult classics. The Netflix original series are available to all subscribers, including Australian users.

Streaming of videos, especially with Netflix, has become so popular that Netflix is making it easy for viewers to use it across a variety of devices. Netflix Australia can be very easily accessed on a computer or a laptop. Additionally, there are Apple and Android apps that allow you to watch them on other mobile devices as well.

Apple users can download the Netflix app from the iTunes store, provided they have iOS 7.0 or above. If you want to access Netflix, iPads, iPhones, iPods, and other Apple devices can all be used. Apple users are not just limited to mobile devices. If you have an account on Netflix Australia, Apple TV can also be used to watch your favourite series.

Those who have Android devices do not have to feel left out. Android apps are also available for download on Google Play. With these apps, Netflix has made it easier for everyone to access their account anytime and anywhere. The only restriction is the plan that you signed up for, and even then, you can always upgrade.

What remains to be fixed is the issue of the highly limited library available to Aussie subscribers.

Netflix Australia is not perfect, offering only 1200 or so titles as compared to the 9000+ titles its American subscribers can access. The biggest reason for this is that Netflix US has had twenty odd years to build up its collection. In Australia, on the other hand, Netflix has not even completed a decade.

Netflix even argues that Australia has more than 600 titles that are exclusive and not available anywhere else in the world. However, this argument does not hold any water once you realise that some of the most popular series all over the world are not available here.

In order to get access to the shows that are not offered here, people are trying DNS masking and VPN products. While these end up slowing the download speed a bit, it is compensated by the obvious benefit of being able to watch the shows of your choice.

The only way to bring Netflix Australia at par with its international counterparts is to increase the size of the library available to Australian subscribers. This is going to be a slow and tedious process as it involves buying of broadcasting rights to these titles.

Buying of broadcasting rights is not a completely straightforward process. You may have the ownership of the broadcasting rights for a show in one region. That ownership, however, does not translate to international rights. These have to be bought for each region individually.

If the rights to a show or movie have already been bought in a certain region, it might not be possible to obtain them. Large broadcasting companies especially do not want their profit margins cut into with shared rights. These are the problems Netflix Australia will have to overcome in order to provide world-class programming in Australia.